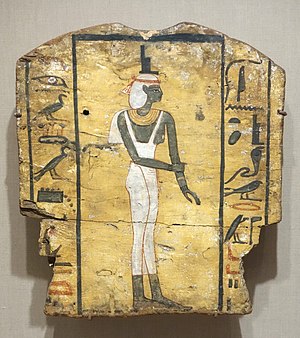 Egyptian Goddess Isis
She was represented by: or also

Isis is daughter of Geb and Nut. She is the wife and sister of Osiris, and sister of Nephthys. It is also the mother of Horus. The iconography of Isis nursing her son Horus influenced the Christian representation of the Virgin Mary holding the infant Jesus in her arms
.

Goddess of magic, love and fertility was represented in human form surmounted by a throne. Isis is part of the myth of Osiris looking for and gathering the pieces of her husband
.

It is assumed that the cult of Isis began as late during the V dynasty in the Delta Nile and their presence became more widespread over time, reaching the corners of Roman Empire. Its main temple is on the island of Philae. Also this was the last temple in which she was worshiped. It will continue to worship in and out of Egypt until Christian ended his worship was banned in 535 by Justinian I.