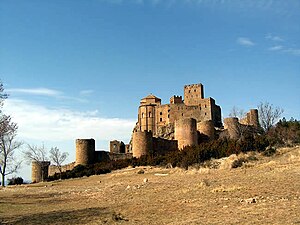 Feudalism in Europe arose during medieval as a political, social and economic organization to meet the great challenges that confronted Western Europe:

The feud or territory of a feudal lord is the expression in the field of feudalism. It is a territory over which he ruled a noble and which had almost total power.
Kings could give the benefit of the land to its military commanders as payment for his services. This is called "beneficium" which eventually became "feudum" so that the children of the beneficiaries inherit the land granted to their parents.
Also appeared counties, duchies and Marquesados ​​in principle dependent king and ruled by relays officials many of whom achieved a broad independence of royal power. Economically speaking fiefs were virtually self-sufficient, resulting in the same virtually all consumer goods and food.

The social structure of feudalism

The society was structured around a vassal relationship with emperors, kings, popes but especially at the summit:

Christianity was the basis that dominated feudalism but did not prevent the power struggles between kings, nobles and clergy were constant, with frequent civil wars, alliances and betrayals.