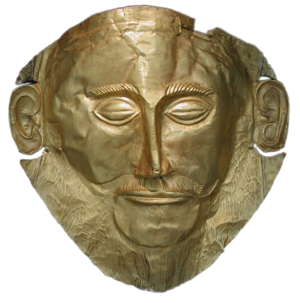 The Mycenaean civilization is the cradle of Greek civilization. Arises on the 1600 B.C. after the invasion from the mainland called "Achaeans" it has been found that were Greek.


It was a warlike people that adapted to life on the coast. Are the protagonists of the Iliad and Odyssey.


The Mycenaeans adopted characteristics of the Minoan as the palaces, frescoes and writing Linear B, but unlike these walled and its enclosures were used bronze weapons and chariots. The main settlements were Mycenae, which inherited the name, Tiryns and Pylos.


It is not clear how it ended the Mycenaean civilization decline, but one of the most widespread theories is that about 1150 BC It was invaded by another Greek people, the Dorians.